Lets dive deep in the ocean !

PLACE of ORIGIN : Perfect place to discover your favourite sweet across India

If you are fond of sweets then PLACE of ORIGIN will be your favourite destination. Not only you can discover more than 3500 unique sweets here, but also the sweets are sure to delight you. Now taste sweets from different parts of India by sitting at your home. Here are some of the sweets from across India. 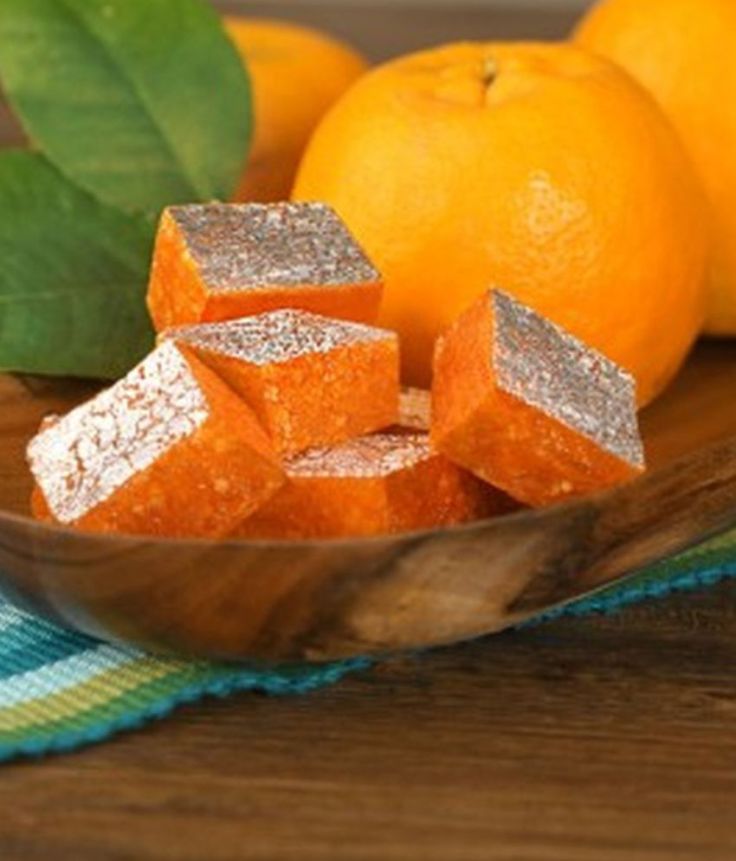 With every bite of Santra Barfi freshly made by the Haldirams of Nagpur you will get a tangy citrusy taste along with some sweetness. It contains the exact flavours of fresh oranges. A cube of Santra Barfi will surely make your day.

When it comes to dry Bengali sweet then Nolen gurer Sondesh has the first place in the list. The freshly prepared Nolen Gurer Sondesh made from winter palm jaggery has a soft texture and a wonderful taste of jaggery. Having one sondesh makes you crave for another one.It’s a perfect sweet to serve during winter. 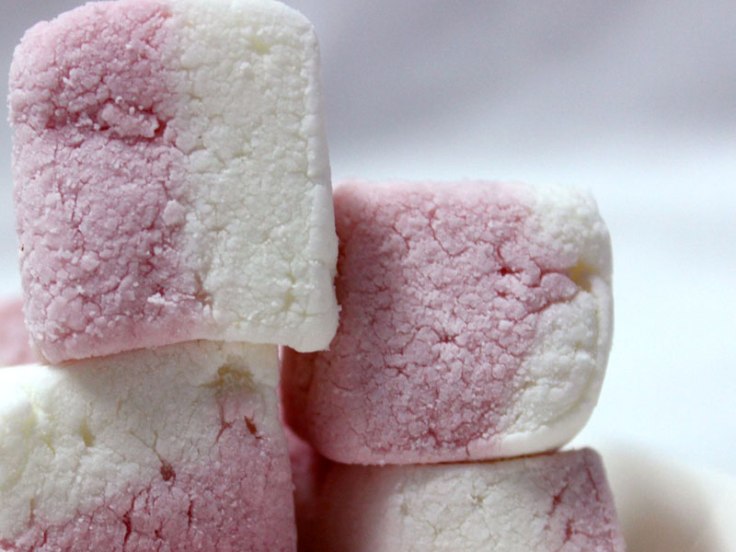 A pink layer of Strawberry on the white marshmallow will give you an absolute delight of strawberries in mouth melting marshmallow. For the ones who have sudden sugar cravings, strawberry pillow is a delicate sweet to make you feel delightful.

Khaja is a crispy, flaky sweet dipped in sugar syrup. It contains layers of crispiness and sweetness of sugar syrup which gives a wow munchy feeling with every bite of it. It can be packed in a container and stored more many days. Its an all time sweet .

PLACE of ORIGIN is a perfect place to discover all flavours of sweet across India. It is worth tasting the sweets that will surely fill your life with sweetness.

Pink- A gentle reminder of Feminine freedom, A color worth draping on. 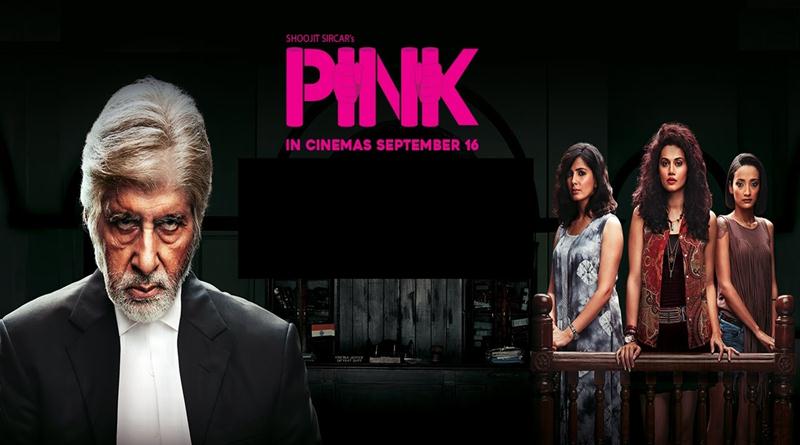 Pink – A courtroom Drama film was released on 16th September 2016. It was directed by Aniruddha Roy Chowdhury who has made some of the critically acclaimed Bengali movies. Though movie looks humble enough but it does have a strong message to convey. From the plot to dialogues and the concluding remark of Lawyer Deepak Shehgal (played by Amitabh Bachchan), the movie literally cries out its message of feminine freedom and tragedy of sexual repression in Indian society. It also tells of the trauma that courtrooms and society inflict on Sexually Assaulted Women.

The movie came out to be clear winner with positive response both from viewers & Reviewers. Though a small budget movie, Pink got into the league of 100 crores+ Bollywood movies. 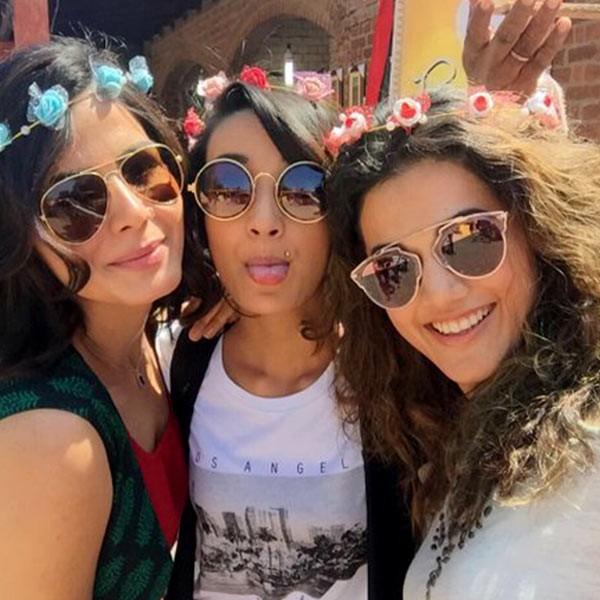 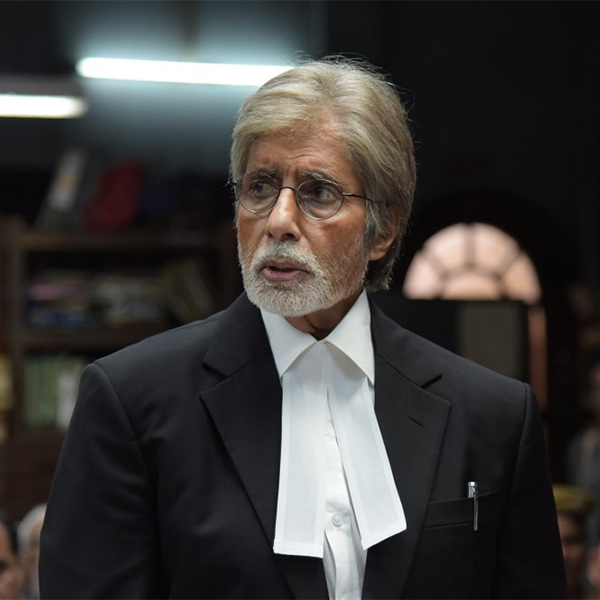 Deepak Shehgal (Amitabh Bachchan), a renowned lawyer struggling with manic depression and keeping up with the medical care of his Humorous yet dying wife Sara lives in the same society.  Dhritiman Chatterjee has played a compassionate judge yet sometimes seems to overly sensitive. The antagonist league constitutes of Rajveer- Angad bedi, nephew of a powerful politician and his friends, though Prashant Mehra – Piyush seems to be equally good candidate.

The movie starts with Rajveer getting seriously injured and then suspense unravels and fear builds into the scene. Most of the second half consists of courtroom scenes with Deepak Shehgal handling their case tactfully while struggling with his frequent mood swings and shrewd arguments of Prashant Mehra.

The whole movie has a dark background lighting and gloomy music track that suits the context beautifully. One of the scene that took me is when Deepak Shehgal asks Minal in an open courtroom- “What did you do when they tried to ….” And she says strongly yet hesitatingly “I said No”. This scene uncannily resembles with a more powerful scene(You may watch it) of The Accused(1988)– A classic starring Jodie foster that runs on similar themes.

Though the movie is a courtroom Drama, it has a bit of thrill embossed with a very clever start – Muzzled conversations and then Injured Rajveer being taken to hospital and All three girls on a Taxi anxious and hasty. This in turn builds a kind of suspense. Taapsee Pannu has played a Delhi girl quite perfectly – Her dialogues, her poses, her gestures everything imbues with the character beautifully. (Though it seems her health condition during shooting just might have helped a little bit). Amitabh Bachchan has also played the role of manic depressed lawyer quite satisfactorily as the bar for him is always very high.

Like an old classic, Pink is full of symbols telling a far greater meaning that words can convey: 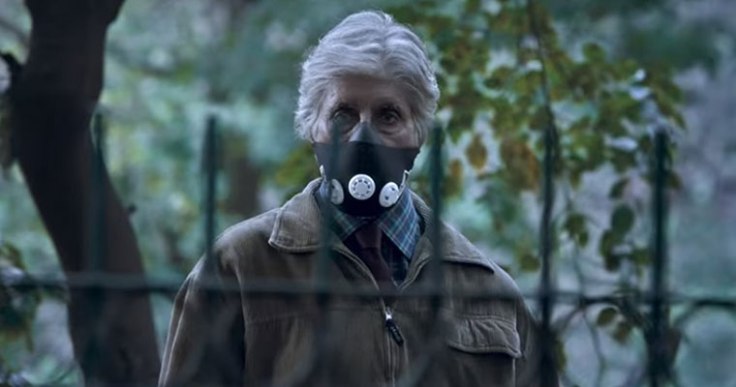 Unfortunately, present Indian society is witnessing a bipolar mentality on large scale- Embracing the cultures of the brave new world at the same time clinging to the belief that have fallen out of context and relevance. Where Girls are told to tread the same path a boy does and not to make the same mistakes. Pink capture this dilemma in a very holistic way. Since time immemorial women sexuality has been repressed but it needs to be history now as it should be. The movie seems enjoyable and yet artistic which is quite rare for the Bollywood movie for the past decade. Thus a visit to PVR would seem like a decent deal.

To experience Nawabi cuisine at a royal banquet of Awadh you need to pay a visit to this place at Kolkata! Its soft lighting and soothing ambience and sumptuous meal is something which would satisfy anyone to the core. 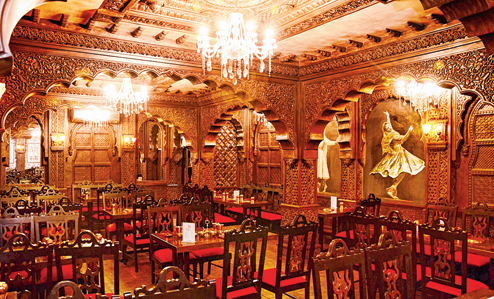 I have been there and this is the first place which comes to my mind when I think of excellent biryani and succulent kababs.At the entrance there was the doorman who had a giant moustache and once you step inside you would definitely be taken back to the times of Nawabi era.The place recreates a royal feel with minute detailed designs on wooden panels, beautiful Mughal-era paintings, chandeliers and statues. Being impressed by the ambience at first this place will surely impress you by its quality of food too. 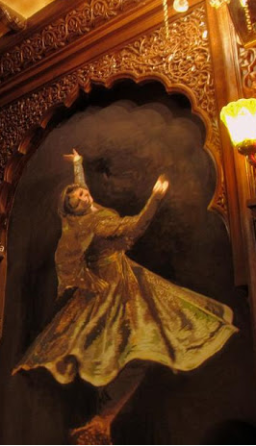 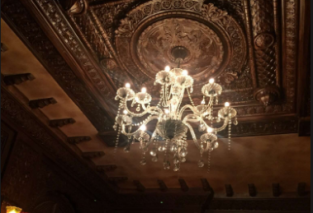 Foods we ordered were :

1)Aam Khaas– – This chilled refreshing drink is best to start with to slake your thirst, tangy raw mango flavoured, pepper powder and sugar adding slight sweetness to it .It almost tasted like Aam Panna and was served as normal drinks are served but could have been served in Nawabi style .

2)Zafrani kabab(Chicken)– This delicious kabab with aroma of the zafran is juicy, succulent soft pieces of chicken.This kebab with green chutney and onion salad will hit your senses in every bite you take.

3)Murgh Biryani– Who wouldn’t love a heavenly, succulent plate of biryani? Biryanis are served in earthen handis. When the seal is removed , a whiff of zafran and ghee is sure to increase your hunger. This biriyani had two pieces of chicken in it. The dish was prepared to perfection in dum pukht style and is enough for two people. 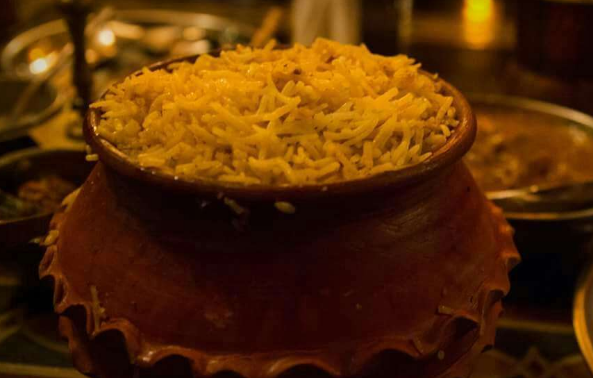 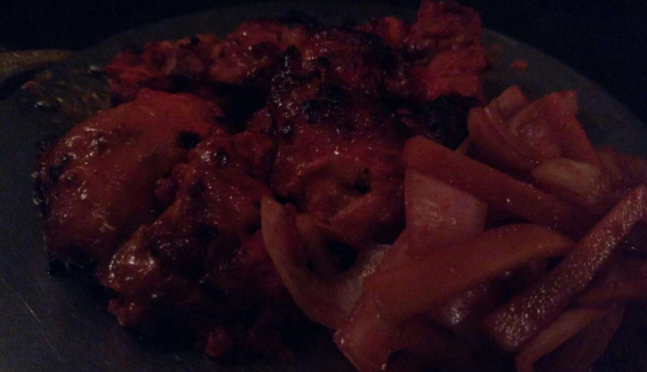 4)Anaras Raita– If you want a cooling and refreshing side dish for any meal then try this; a perfect blend of pineapple chunks and creamy yogurt .I bet you will not regret ordering this.

The food started coming in after some long wait but I would say it was worth waiting. The food served here is amazing and can not be found anywhere else in the city with such an awesome royal ambience.This place will surely not disappoint you.

For two people approximately the cost would be Rs.1500 (Inclusive of VAT).

Khadi Natural is one of the Best Herbal Brand in market. I have been using Khadi Products Especially Handmade products, for nearly 4 years. It makes range of product starting from beauty products e.g. Soaps, Shampoo, Hair oils to pure Khadi Clothes.

If you want an Essential oil with a really pleasant smell and a real stress buster and are ready to pay a little bit more then Khadi Lavender oil is made for you. This has been my bath oil for last 3 years. It has a sweet, intense and authentic smell of Lavender. It will calm your nerves and rejuvenate even after a real hard day’s work. Even smelling it leaves you light-headed. 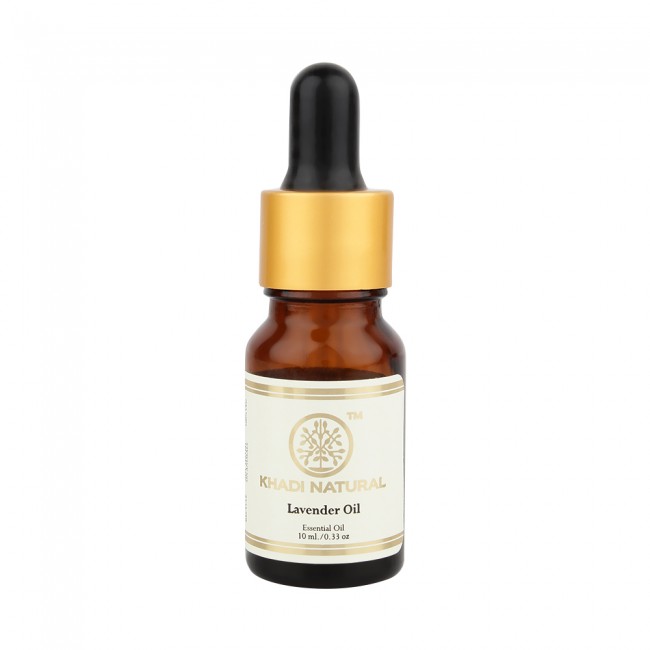 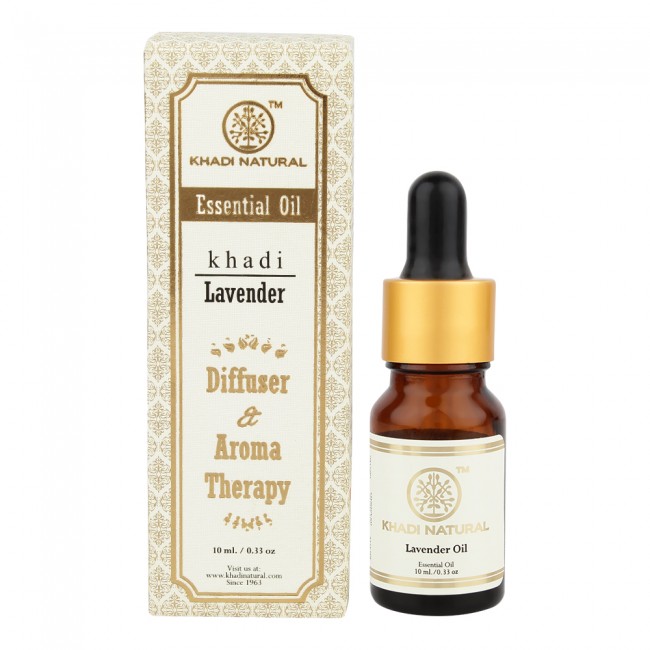 Though it comes at a hefty price of 280 bucks, but it is worth it.It is such a relief to see this improved design of Bottle. Now,it comes in a tiny glass bottle with a dropper in it. It works perfectly but if you want you can use any other bottle of your choice. Rest assured, it works like a charm. It is available on site of Khadi Naturals.

Just click on the link and you are ready to go: Khadinaturals.com